Contributors: Participants of the artists’ masterclass 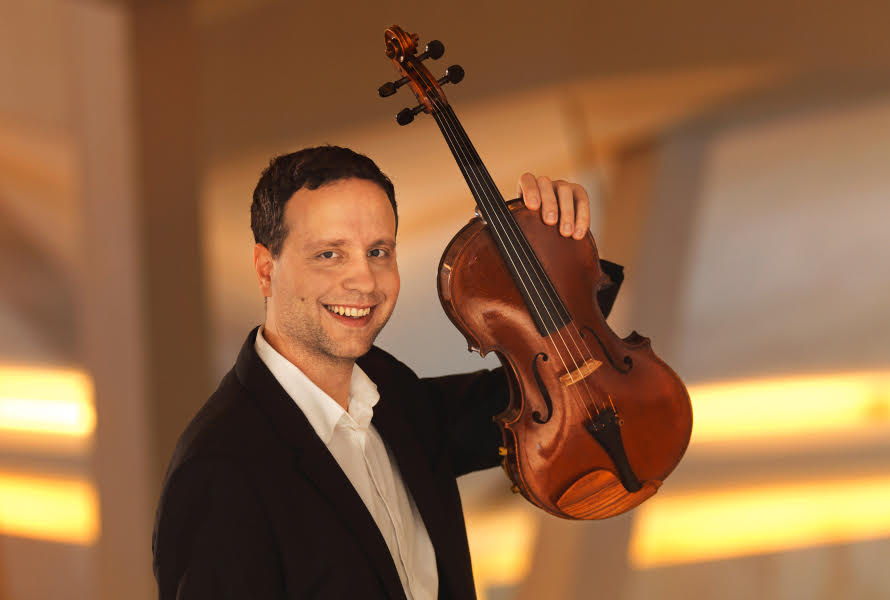 Máté SZŰCS was a first prize winner on viola at the International Violin and Viola Competition in Liège, Belgium. He was also a finalist at the International Viola Competition ‘Jean Françaix’ in Paris and laureate of the International Music Competition ‘Tenuto’ in Brussels.
Szücs was just eleven when he won the special prize at the Hungarian Violin Competition for Young Artists. He went on to win first prize at the Violin Competition of Szeged and first prize for ‘Best Sonata Duo’ at the Hungarian Chamber Music Competition. At the age of seventeen, he changed from the violin to the viola and graduated from the Royal Conservatory of Brussels and the Royal Conservatory of Flanders with the highest distinction. He continued his studies at the Chapelle Musicale Reine Elisabeth where he obtained his diploma, again, with the highest distinction.
Szücs is a member of various chamber ensembles such as the Mendelssohn Ensemble, Trio Dor, Enigma Ensemble and Fragments Ensemble. He has been a solo viola player with various prestigious orchestras such as the Royal Philharmonic Orchestra of Flanders, the Bamberger Symphoniker, Sächsische Staatskapelle Dresden, the Frankfurt Radio Orchestra and the Deutsche Kammerphilharmonie Bremen.
He is a very enthusiastic teacher and has previously held a teaching position at the University of Music in Saarbrücken, the Thy Chamber Music Festival in Denmark and is also viola tutor at the Britten-Pears Young Artist Programme in Aldeburgh, UK. Szücs is regularly invited as a soloist in Europe and plays chamber music together with musicians such as Janine Jansen, Vadim Repin, Ilja Gringolts and Vladimir Mendelssohn. Since September 2011 he has been the principal solo viola player at the Berlin Philharmonic Orchestra, where he teaches viola at the orchestra academy. 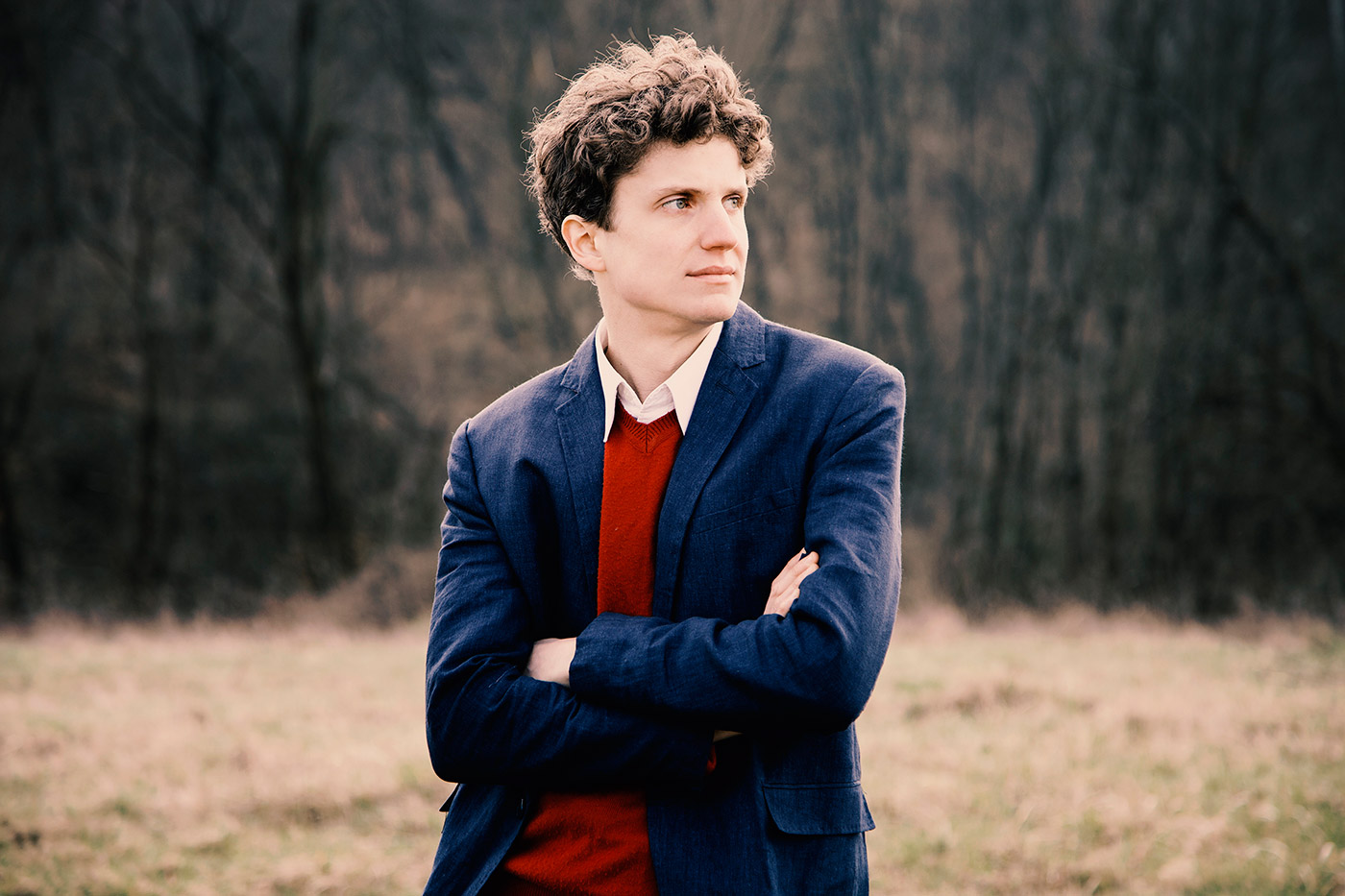 Zoltán Fejérvári has emerged as one of the most intriguing pianists of a new generation of Hungarian musicians, a virtuoso in the truest sense, and in demand on the world’s concert stages. Winner of the 2017 Concours Musical International de Montréal and recipient of the prestigious Borletti-Buitoni Trust Fellowship in 2016, Zoltán Fejérvári has appeared in recitals throughout Europe and the United States at Carnegie Hall, the Kimmel Center, the Library of Congress, Gasteig in Munich, Lingotto in Turin, Palau de Música in Valencia, Biblioteca Nacional de Buenos Aires, and Liszt Academy in Budapest.  He has performed as a soloist with the Budapest Festival Orchestra, Hungarian National Orchestra, and the orchestras of Verbier Festival and Concerto Budapest, among others, and has collaborated with such conductors as Iván Fischer, Gábor Tákács-Nagy, Ken-Ichiro Kobayashi, and Zoltán Kocsis.
During the 2018-2019 season, Zoltán Fejérvári appears in recital, in chamber music, and as soloist with orchestra.  In September, he performs a program of J.S. Bach and Schumann at Classical Spree, the festival of the Montreal Symphony Orchestra.  At the request of Sir András Schiff, a longtime mentor to Fejérvári, this August the pianist performs … quasi una fantasia …Op. 27, no. 1 and the Double Concerto Op. 27 No. 2, both written for solo and instrumental groups dispersed in space, by György Kurtág in Schiff’s stead at the Lucerne Festival. Further in the season, the pianist appears in Kalamazoo as part of the Gilmore Keyboard Festival Rising Stars series, Union College in Schenectady, Coast Recital Society and Vancouver Recital Society in British Columbia, and, in Europe, concerts in Budapest and Turin.  He also plays for the anniversary concert for the Borletti-Buitoni Trust. He tours twice with Musicians from Marlboro, performing chamber music in Greenwich, Connecticut, New York City, Schenectady, Philadelphia, Washington, D.C., and later to Brattleboro, Vermont, Montreal, Ames, IA, and San Francisco.
Orchestral engagements include Beethoven’s Piano Concerto No. 1 in C major, Op. 15, with the Budapest Festival Orchestra, led by Iván Fischer in Budapest and on tour to Warsaw.  Fejérvári plays a pair of contrasting concertos at the Franz Liszt Academy: J.S. Bach’s Concerto in F Minor, BWV 1056, and Shostakovich’s Piano Concerto No. 1 in C Minor, Op. 35.  Fejérvári also appears in duo recital with fellow Hungarian, cellist István Várdai in Jülich, Germany and at Paris’s Théâtre des Abesses.  They are joined by violinist Rosanne Philippens for performances of keyboard trios in Amsterdam.
Fejérvári is a frequent performer in chamber music.  He has collaborated with the Keller and Kódaly Quartets, and violinists Joseph Lin, András Keller, cellists Gary Hoffman, Cristoph Richter, Ivan Monighetti, Frans Helmerson, Steven Isserlis, and horn player Radovan Vlatkovic.  Fejérvári has appeared at Kronberg’s “Chamber Music Connects the World” program, Prussia Cove’s “Open Chamber Music,” Lisztomania at Châteauroux, France, the Tiszadob Piano Festival in Hungary, and Encuentro de Música in Santander, Spain.  At the invitation of artistic director Mitsuko Uchida, he participated in the Marlboro Music Festival in the summers of 2014 and 2016.

Distinguished pianist András Schiff chose Fejérvári for “Building Bridges,” a series established to highlight young pianists of unusual promise.  Under this aegis Mr. Fejérvári gave recitals during the 2017-2018 season in Berlin, Bochum, Brussels, Zurich, Ittingen, among other cities.
Zoltán Fejérvári’s recording of Liszt’s Malédiction with the Budapest Chamber Symphony, on the Hungaroton label, was awarded the Grand prix du Disque in 2013.  The recording was followed by a CD of four sonatas for piano and violin by Mozart with violinist Ernő Kállai, issued in 2014 by Hungaroton.