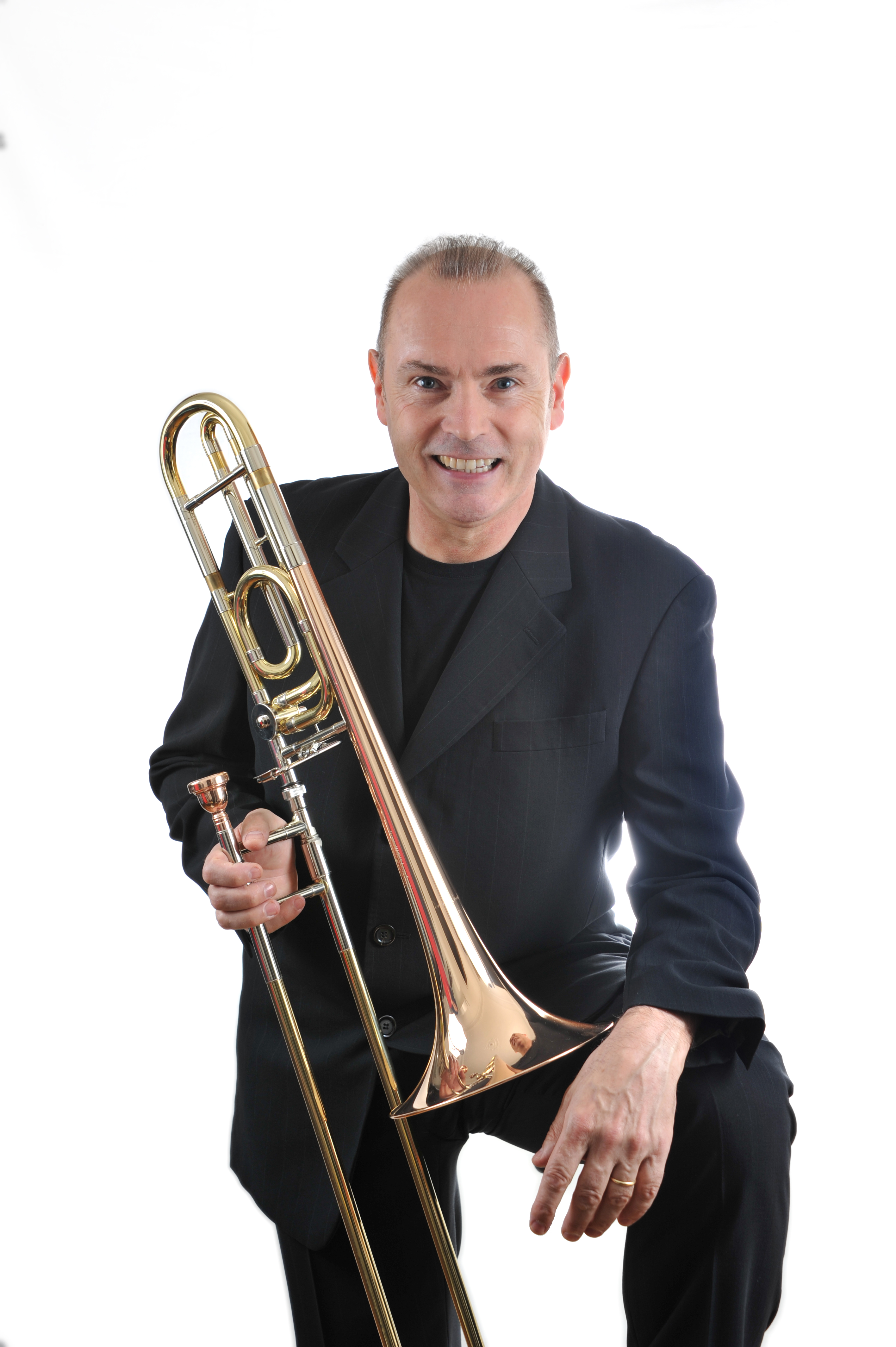 Jacques MAUGER was born in Normandy and studied the trombone at the
"Conservatoire National Supérieur de Musique de Paris".
A prize-winner at international competitions at Markneukirchen and at Toulon, he started his professional career as first trombone with the Nice Philarmonic Orchestra, and then became trombone soloist with the Paris Opera Orchestra.
Since 1990, he has concentrated on working as concert artist, and has often appeared as a soloist and abroad with ensembles varying from string, and symphony orchestras, to brass and concert bands.
He has also made television appearances on ZDF,GLOBO, RAI and MUZZIK in France, and many international composers have composed original works or made special arrangements for him.
Jacques Mauger is still active as a teacher at the "Conservatoire à Rayonnement Régional de Paris and the trombone Professor HEMU of Lausanne. He is recording more of 30 Cds in soloist.

In 2007 his newly developed studies collection for trombone (in collaboration with Jean Michel Defaye) has been published in his collection IMD Arpèges publications Paris.

In his role as a true Ambassador of the French school and its repertoire, he regularly presents master classes throughout the world for the soloists of tomorrow. Jacques Mauger is the new president of the “Association des Trombonistes Français”. 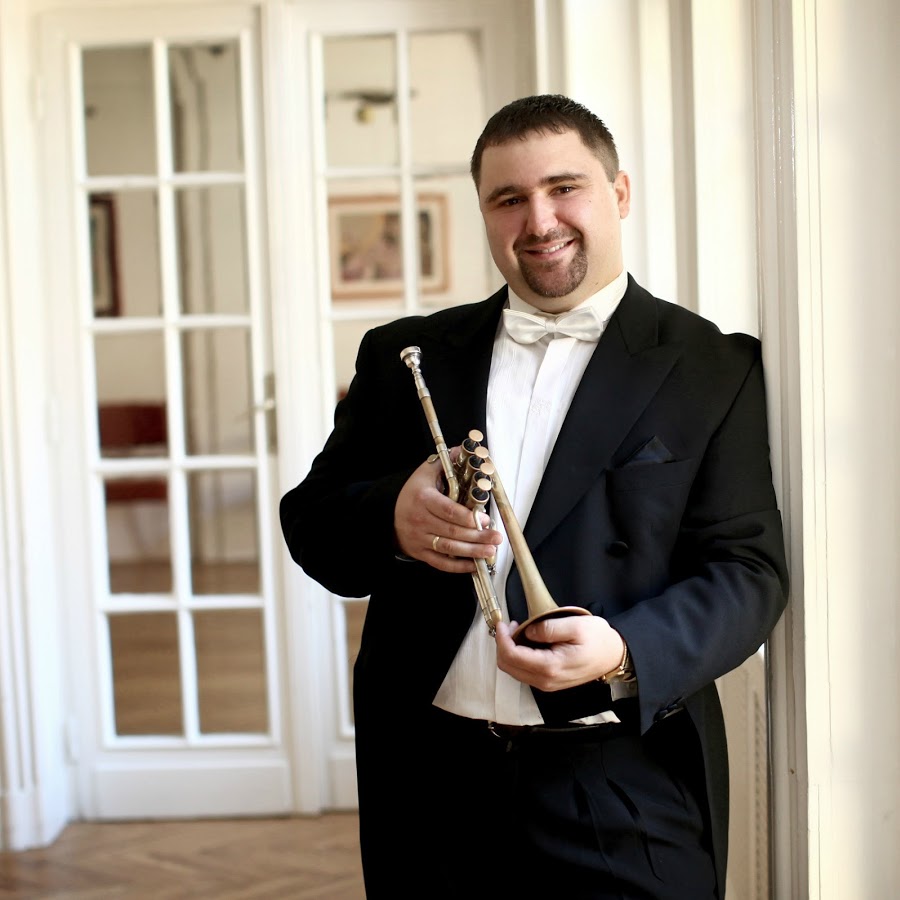 Péter Solymosi, trumpet artist was born to a music loving family in Szigetvár, a small town in Southern Baranya County of Hungary in 1978.
His professors were János Tamás and Károly Neumayer. As a student of Music Academy of Pécs, he gained 1st Prize at Jeunesses Musicales International Trumpet Competition in Bucharest in May 2000. In Autumn the same year, he continued his studies at University of Szeged, where he received his trumpet artist degree under the tutorial of Professor József Boros in 2002.
From 1996, he played as a permanent extra musician in the Symphonic Orchesra of Pécs, now he is the principal trumpet artist of the Pannon Philharmonic Orchestra since 2002. HeI was awarded with the "Musician of the Year" Prize by his colleagues in Season 2006/2007. As a soloist, he has performed Brandenburg Concerto No.2 by J. S. Bach, Trumpet Concerto by Haydn, as well as The Soldier's Tale by I. Stravinsky. With orchestra, he toured in the United States, Israel, Sicily, Italy, Vatican City, France, the Netherlands, England, Ireland, Scotland, Germany, Spain, Belgium and Croatia. He is a member of Symphony Brass Quintet, Mozart Ensemble of Pécs and Art-Club Big Bank Osiek (CR). He regularly performs at organ and choir concerts, as well as with chamber orchestras. He is the soloist of the Miners Wind Orchestra of Pécs.  He is a teacher of trumpet at Secondary School of Arts of Pécs since 1999 and at Faculty of Arts, University of Pécs since 2000.

HUF 2000 | UP citizen ticket: HUF 1000 | UP Faculty of Music employees
and students / Pensioners: HUF 500
A concert of the CAMERATA series. Season tickets are available.

Tickets can be purchased online at www.jegymester.hu or in person at the info points of the Zsolnay Örökségkezelő NKft. 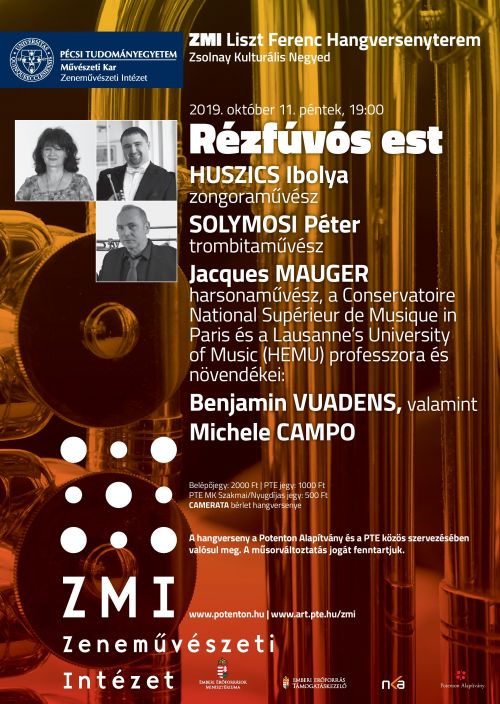