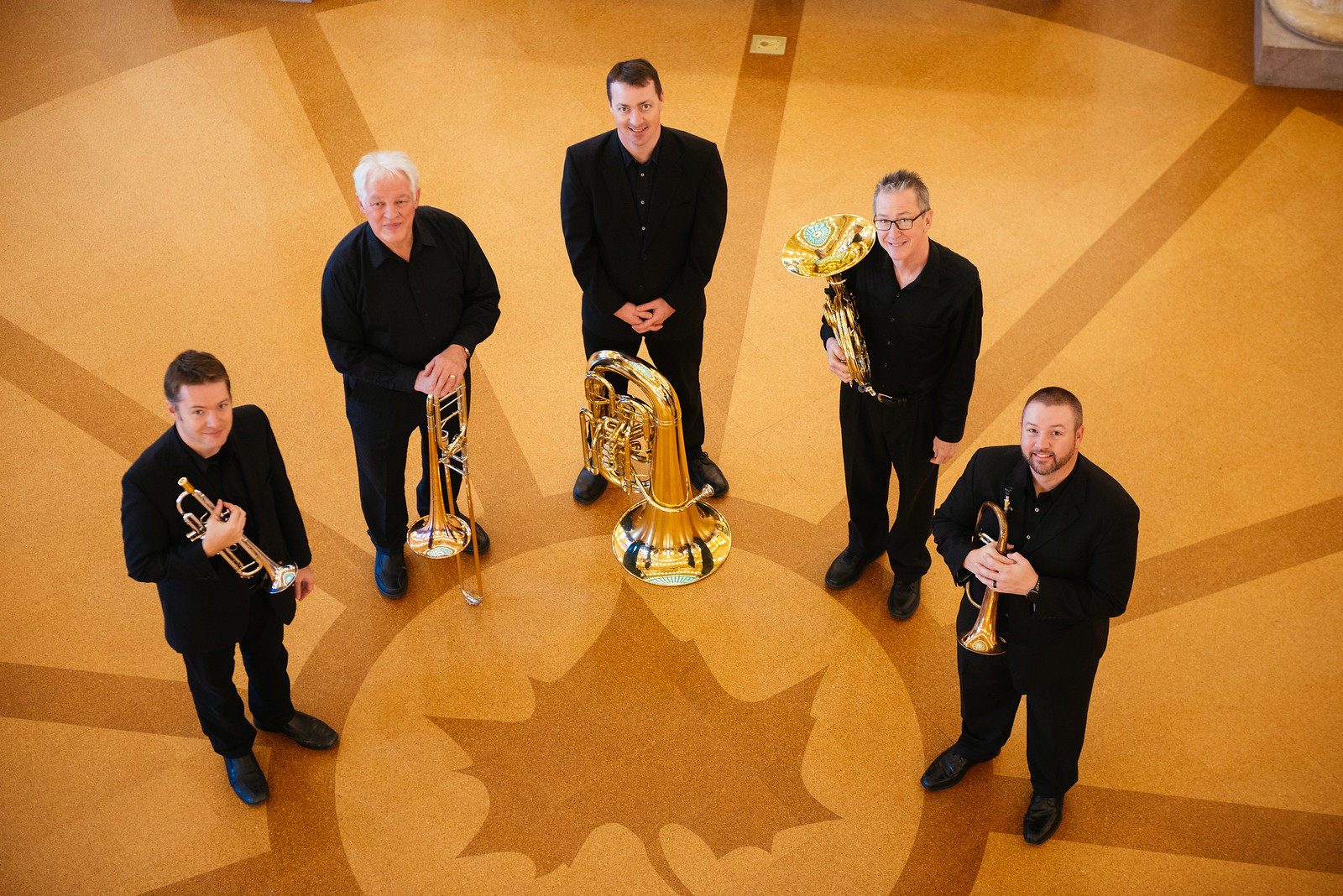 Dr. Eddie Ludema, trumpet is the full-time Instructor of Trumpet at Indiana State University where he’s fortunate to work with the trumpet studio and serve as director of the ISU Jazz Ensemble and ISU Trumpet Ensemble. He also currently teaches Brass Techniques, organizes the annual ISU Jazz Festival, and performs and clinics locally and internationally with the ISU Faculty Brass Quintet, which most recently performed and presented in Vietnam and Thailand. In addition to his activities at Indiana State, Dr. Ludema serves as Principal Trumpet for the Columbus Indiana Philharmonic and Terre Haute Symphony Orchestra. He has also performed as principal or section trumpet for the Utah Symphony (substitute), ORSO Rock-Orchester (Freiburg, Germany), Orchestra at Temple Square with the Mormon Tabernacle Choir (Salt Lake City, Utah), Classical Music Festival Orchestra (Eisenstadt, Austria), the Regali Winds (Terre Haute, Indiana), and the Indiana University New Music Ensemble (Bloomington, Indiana), among several others. He was a founding member of and recorded the album "Spires" with the Mirari Brass Quintet, a touring education-focused ensemble. As a soloist, he has performed in both the classical and jazz idioms with the Columbus Indiana Philharmonic, Terre Haute Symphony, Carmel Symphony, IU New Music Ensemble, and other solo performances in the United States and Europe. Dr. Ludema received a Doctor of Musical Arts in Trumpet Pedagogy and Literature with doctoral minors in Jazz Studies and Music Theory and his Masters of Music at Indiana University where he studied with John Rommel and Joey Tartell. Prior to his studies at IU, Eddie received his Künstlerische Ausbildung (Artistic Training Diploma) at the Conservatory of Music of Freiburg im Breisgau (Germany) with Tony Plog. Before studying with Mr. Plog, he received his Bachelor of Music in Trumpet Performance at the University of Utah with Nick Norton.

Robert Waugh is Assistant Professor of Trumpet at Austin Peay State University. Originally from Columbus, Ohio where he earned a B.M. with concentrations in Music Education and Trumpet Performance. He attended the University of Oklahoma earning a M.M. in Trumpet, and is in the process of completing his D.M. from Indiana University. He has also served on the faculty of Indiana State University. As a performer, Mr. Waugh currently serves as the principal trumpet player with the Gateway Chamber Orchestra. He has previously held principal trumpet positions with the Terre Haute and Danville Symphony Orchestras. Along with peers from across the country, he is a founding member of the Altus Trumpet Ensemble. The group specializes in promoting new music for trumpet and has premiered works at universities and conferences across the United States. Mr. Waugh has performed internationally with the Ambassador Brass Quintet in Thailand, with the Classical Music Festival Orchestra in Eisenstadt, Austria, and China with the Indiana State University Faculty Brass Quintet. He is also a past winner and adjudicator for the National Trumpet Competition and has recently performed newly commissioned music at the International Trumpet Guild Conference in Hershey, PA.  He is a Conn-Selmer Artist/Clinician for Vincent Bach Trumpets.

Dr. Brian T. Kilp, horn, joined the faculty of Indiana State University in 1998 where he is Professor of Music Horn/Music History, and member of the ISU Faculty Brass and Wind Quintets. Brian has presented master classes and performed chamber music and solos with ensembles in Vladivostok, Russian Federation (supported by the US Dept. of State), at several Conservatories in P.R. China, as well as in numerous cities, towns, and villages in Thailand, Vietnam, Singapore, and at National Taichung and National Taitung Universities in Taiwan. In 2012 he was awarded an Honorary Doctorate at Rajabhat University Maha Sarakham University, and in 2010 awarded an Honorary Doctorate at Suan Sunandha Rajabhat University. He has been Visiting Guest Professor at the Shenyang Conservatory, Rajabhat Maha Sarakham University, and the Shenyang and Dalian Conservatories of Music. He is currently Principal Horn and Orchestra Manager of the Classical Music Festival Orchestra in Eisenstadt, Austria, principal horn of the Terre Haute and Danville (IL) Symphonies, a member of the MahlerFest Orchestra, in Boulder, CO, and the peerless New Sousa Band. He is a founding member of Trio Bella Voce and The Ambassador Brass, both of which have toured performed in numerous venues in China, throughout Thailand, and Vietnam. Brian is a very busy freelance hornist in the Indiana region, and has performed with the Indianapolis Symphony Orchestra, Indianapolis Opera, Indianapolis Chamber Orchestra, Lafayette Symphony, Evansville Philharmonic, and various other ensembles. A champion of new music, he has commissioned over 15 works featuring the horn, including one that premiered at the 2000 IHS Beijing International Horn Festival, and another premiered at the 2003 IHS International Symposium in Bloomington, IN, and a number them at Indiana State Unversity.
Dr. Randy Mitchell, trombone, has been a member of the faculty of the Indiana State University School of Music since 1990.  He teaches trombone, euphonium, brass quintet, jazz procedures, and performs in the Faculty Brass Quintet. He currently performs as principal trombone of the Terre Haute Symphony orchestra and has served as principal trombone with the Danville, IL Symphony Orchestra and the Champaign/Urbana Symphony Orchestra.  An original member of The Ambassador Brass Quintet, he has performed and taught in China, Thailand and Vietnam. He also performed and taught in Germany, Austria, Japan and Taiwan. As a free-lance musician in Louisville, KY and the Dallas/Fort Worth Metroplex, he performed for artists such as Vic Damone, Doc Severinsen, Frankie Avalon, Barbara Eden, Brenda Lee, Boots Randolph, Floyd Cramer, B.J. Thomas, Nancy Wilson, Marvin Hamlish, the Lettermen, Dean Martin’s Golddiggers, Marilyn McCoo, and Billy Davis Jr. among others.  Dr. Mitchell is a member of the International Trombone Association and is active as a performer, adjudicator and clinician.  He holds degrees from Indiana State University, the University of Louisville and the University of North Texas.
Paul Mergen, tuba, received his undergraduate degree from the University of Michigan in 1997 with a degree in music history. In 2003 he received a Master degree in tuba performance from Rutgers University. He studied with Fritz Kaenzig and Scott Mendoker respectively. He was a member of “The President’s Own” United States Marine Band from 2004 to 2015. In 2017 he became the tuba instructor at Indiana State University where he is also a member of the faculty brass quintet. Paul has also performed with orchestras to include the Seattle Symphony, Washington National Opera, Baltimore Symphony, Indianapolis Symphony, Ft. Wayne Philharmonic, Harrisburg Symphony, and Lafayette Symphony. As a soloist, he has performed on two summer concert series with the Marine Band. In 2016 he was the featured guest artist at the University of Montana Concert Band Festival where he performed with the university concert band and conducted masterclasses for festival attendees.  In April, 2017, he and his brother Michael, a trumpet player with “The President’s Own” Marine Band, premiered “Hanging by a thread” for trumpet, tuba, and wind ensemble by Jim Stephenson.  He maintains an active freelance career around Indiana and is a member of the Indiana National Guard 38th Infantry Division Band, where he is able to continue his military service. He lives in Greencastle, IN with his wife, a professor at DePauw University, and twin daughters. 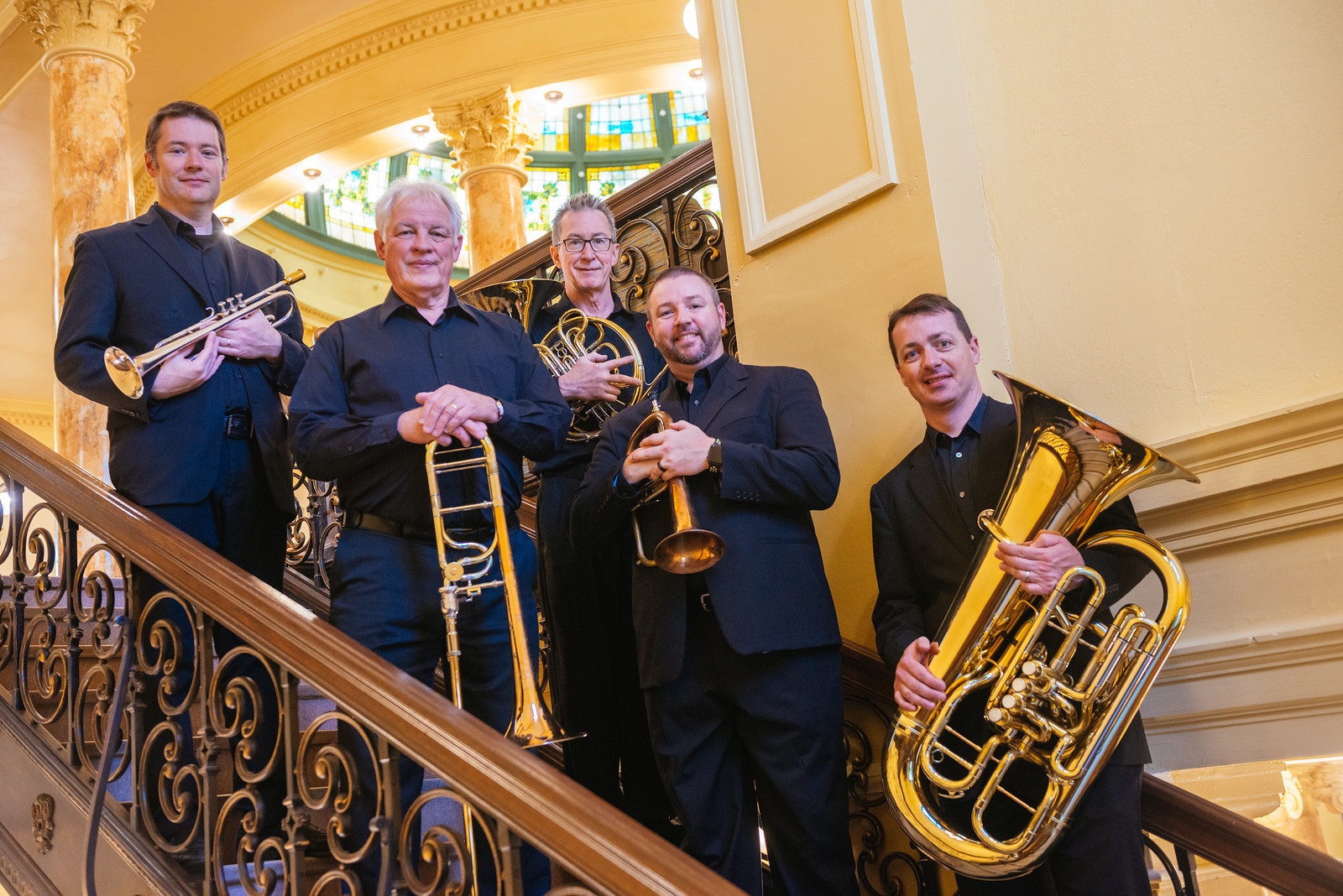